If you’re wondering what Jennifer Lawrence, Prince Harry, Harry Styles and Florence Pugh are up to, you’ve come to the right place. Simply continue reading to discover the latest celebrity news.

Harry Styles was photographed hanging out with Florence Pugh

Harry Styles was just photographed enjoying a casual lunch with Little Women actress Florence Pugh. Both stars are set to appear in an upcoming film together, Don’t Worry Darling, which is directed by a fellow actor Olivia Wilde. It is thought that Styles and Pugh are simply friends as Pugh is in a committed relationship with Scrub’s alum Zach Braff.

Jennifer Lawrence revealed that she used to be a republican

Oscar winner Jennifer Lawrence recently revealed that she used to be a staunch republican and voted for John Mc Cain. However, Lawrence went on to mention that she plans on voting for Biden and that she is not a fan of Trump or his policies.

Prince Harry and his wife Duchess Meghan has just launched their website for the joint non profit, charitable organization which they founded earlier in the year, Archewell. The launch of the couple’s website comes just days after they released their first official portrait together as non working members of the British royal family.

Kelly Rowland who rose to fame as part of Destiny’s Child joked that she’s having a quarantine baby as she conceived her baby during the Coronavirus lockdown. Rowland claimed that the Coronavirus was partially responsible for her pregnancy as there wasn’t much to do during the lengthy Covid 19 lockdown.

Miley Cyrus speaks out about her next album

Miley Cryus has revealed that her next album contains a lot of Metallica covers. A statement which has surprised her fans as Metallica are a heavy metal band and Cyrus is known for singing pop and country tracks. However Cyrus is a huge fan of Metallica and is often pictured wearing Metallica t-shirts.

Disney star Skai Jackson revealed that she suffers from anxiety

Skai Jackson revealed that she realized that she suffered from anxiety after appearing on Dancing With the Stars. However, Jackson admitted that she never struggled with anxiety as a child when she played Suri in Jessie and only started displaying symptoms of anxiety as a teen.

Twilight and Batman star Robert Pattinson and his model and actress girlfriend Suki Waterhouse have admitted that they have discussed the possibility of getting engaged in the near future. The two actors revealed that there are committed to each other and frequently talk about marriage but aren’t in a rush to get married.

The popular streaming service Netflix have announced that they will fund a campaign for Chadwick Boseman to be nominated for the lead actor category at the next Oscars. After Boseman who is best known for his portrayal of Black Panther passed away this year.

So if you love keeping up to date with your favorite celebrities lives, romances and upcoming projects, hopefully you discovered a few new celebrity stories to share with your friends. 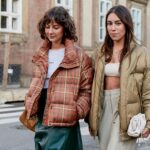 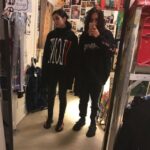 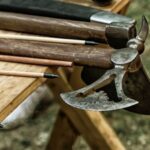