If you’re interested in discovering some of the top destinations which celebrities flock to each year you’re in luck. Simply continue reading in order to discover some of the best destinations to visit if you want to follow in the footsteps of some of your favorite A list stars.

The Maldives is an island nation which is known for its exclusive beach resorts which offer celebrities the privacy which they need to enjoy a tropical, beach holiday without being photographed or having to deal with over eager fans. The Maldives is also known for it’s picture perfect beaches and warm, clear blue water. Some examples of celebrities which frequently visit the Maldives include Prince William and his wife Duchess Catherine, Tom Cruise, Mila Jolavich, David Beckham and his wife Victoria Beckham.

Another Australian location which is popular with international celebrities is the Gold Coast, in Queensland. Which is popular due to its spectacular coastline and tropical rainforests. The Gold Coast is also home to an international film studio where many blockbuster films are shot. Such as Aquaman, Thor and Pirates of the Caribbean at Worlds End. Some examples of celebrities who have spotted in the Gold Coast include Amber Heard and Johnny Depp, Margot Robbie, Chris Hemsworth and Tom Hiddlestone.

Monaco which is located in the French Riveria is another luxurious location which celebrities flock to. Each year a wide variety of celebrities attend the Monaco Grand Prix, a prestigious Formula 1 race. Some celebrities which have been pictured at the Monaco Grand Prix include Gigi and Bella Hadid, Kendall Jenner and Rita Ora. One activity which many celebrities enjoy on trips to Monaco is sailing the coast of Monaco on board super yachts. As celebrities are frequently invited to vacation on super yachts moored off Monaco’s coast by wealthy business men and women.

London is a popular vacation destination for American athletes, musicians and actors. Some celebrities which frequently travel across the pond and are fond of all things British include Cameron Diaz, Rachel Mc Adams, Ryan Reynolds, Taylor Swift, Madonna and Bradley Cooper.

If you’d like to follow in your favorite celebrities footsteps it’s well worth attending a West End show, enjoying high tea at a posh London hotel and shopping up a storm in Bond Street. The latter of which is known for featuring luxury designer brands such as Burberry, Chanel, Prada and Louis Vuitton. If you’ve never visited London before it’s a great idea to visit a few historical sites such as The Tower of London and Buckingham Palace.

So if you want to book a vacation to a location which attracts some of the worlds top stars, it’s definitely well worth adding Monaco, London, Australia and the Maldives to your bucket list. 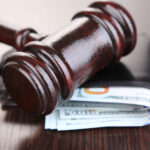 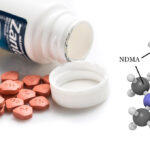 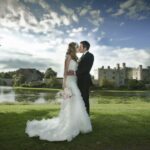